Why Brown Rice, a Key Ingredient in Sunshine Burgers, is an Unsung Superfood

Too often, people dismiss brown rice – one of the primary ingredients in Sunshine Burgers – as a side dish for Asian and other ethnic food. That’s a shame. This delicious whole grain has so much more to offer.

For nearly three decades, Sunshine Burger has sourced its organic brown rice from Lundberg Family Farms, a fourth-generation organic rice and rice product producer based in Richvale, CA. The rice is grown using eco-positive farming methods that stay true to its founding father, Albert Lundberg’s mission, to “leave the land better than how you found it.”

“We have been very happy to grow rice for use in Sunshine Burgers. It is such a great way for people to have a burger experience that is plant-based and organic. We look forward to continuing to connect Sunshine Burger consumers to the farms that their food comes from,” says Grant Lundberg, CEO of Lundberg Family Farms.

The nutritious, gluten-free carbohydrate, long a staple for plant-based eaters, offers a lot more than its bland macrobiotic reputation suggests. Packed with fiber, vitamins, antioxidants, minerals such as manganese and selenium and phytonutrients such as lignans and phenolics, brown rice has been found to help lower cholesterol and blood pressure, aid weight loss, regulate the nervous system and promote healthy bone function. 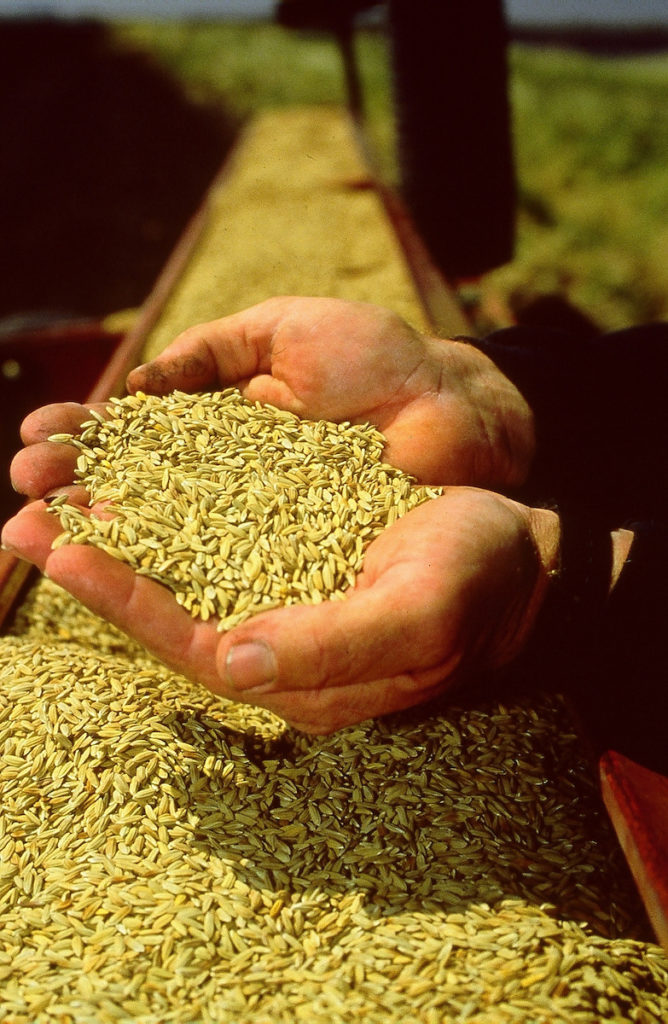 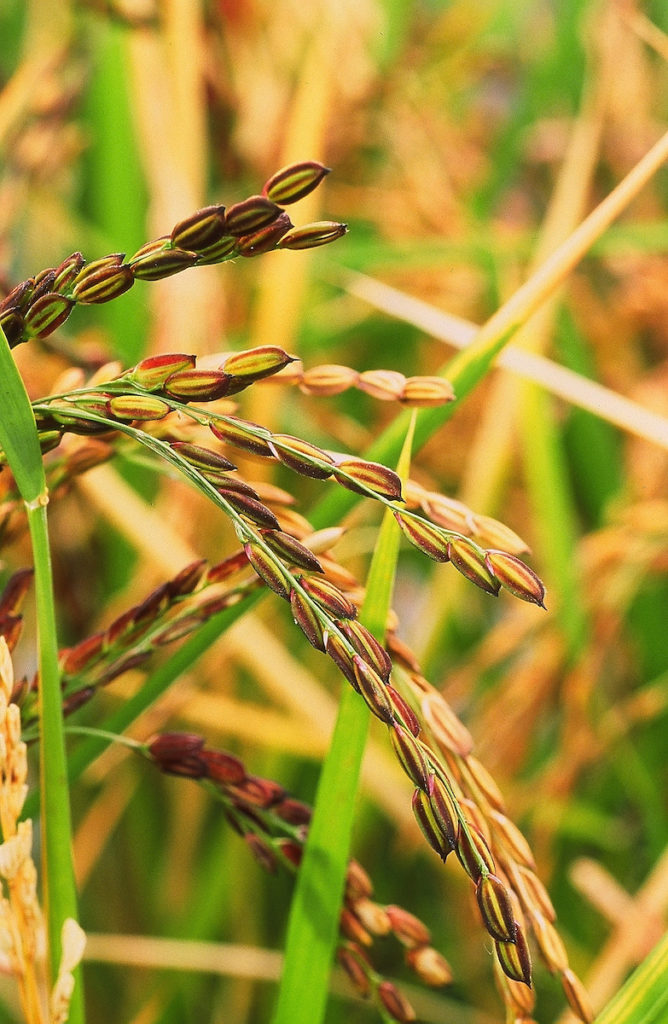 Men’s Journal calls low-glycemic brown rice “the ideal fill-you-up food.” One cup provides 16 percent of the recommended daily intake (RDI) of vitamin B1, or thiamine, which helps the body metabolize carbohydrates into energy, and 88 percent RDI of manganese, which helps the body synthesize fats and regulate blood sugar.

With 3.5 grams per cup, brown rice provides 14 percent of the RDI for fiber, which is essential to intestinal and digestive health. Eating more fiber has been found to help people maintain healthier weight, build better gut bacteria, eliminate toxins, and have regular bowel movements.

Humans have instinctively understood rice’s nutritional value since earliest times. Archaeologists have found 11,000-year-old rice seeds and primitive farm tools in China, and they believe Arab traders brought the plant, technically a grass, to Greece. Alexander the Great introduced it to India, the Moors took it to Spain, and the Spanish carried it to South America. By the eighteenth century, rice had become a culinary basic around the world.

White rice, made by milling brown rice to remove the husk, bran and germ, became popular in the late nineteenth century. With a longer shelf life and shinier appearance, the stripped-down version overtook brown rice as the standard for many decades, until disciples of the healthy eating movement rediscovered it in the 1960s and 1970s. Tastier and more nutritious, brown rice eventually came to be seen as superior.

So, go ahead. Eat Sunshine Burgers made with organic brown rice (and a few other organic ingredients). The organic brown rice and organic sunflower seed duo is a powerful combination in one burger. Live long, be healthy – and prosper.